I’ve been able to find inspiration for my writing in just about anything—nature, wildlife, sports, music—but where I find it most often is in the copious amounts of fiction that I consume. Whether it be literature, comics, television, movies, or even video games, the many stories that I’ve enjoyed over the years have consistently put my imagination to work. If I were to list every last piece of fiction that has influenced me in some way, I’d be writing a novel that’s probably longer than one of the three books in The Legend of Light.

For brevity’s sake, here are what I consider the five greatest influences on me as an author, particularly of my upcoming series, The Legend of Light.

1. The Legend of Zelda

Ironically enough, it isn’t another book that made me want to become an author—it was a video game. In 1998, I was so enthralled playing The Legend of Zelda: Ocarina of Time and exploring its world that it made me want to create my own adventures in a fantasy setting. Essentially, Ocarina of Time is the reason I started writing fiction, in the first place. From there on, The Legend of Zelda series was always what captured my imagination, game after game after game. What I think I like most about the series is that, while it’s primarily based on Western European, Middle Age aesthetics, it has never been afraid to include less traditional elements for the high fantasy genre. Advanced technology has been prevalent in several games, going as far to include robotic enemies. Influences from cultures all around the world can be found in the series’ settings, characters, creatures, and architecture. There has been imagery inspired by Asian cultures, Polynesian cultures, Middle Eastern cultures, and many more.

It also stays away from a lot of clichéd races and monsters. Hylians are Elvish in appearance, but that’s where the similarities end to Elves like what you normally find in the genre. There’s also no Dwarves, Orcs, Halflings etc. and very few four-legged, winged fire breathing dragons which are a dime a dozen at this point. The Legend of Zelda creates bestiaries that you can’t find in any other series, and has created so many unique races like the Gorons, Zoras, Gerudo, Koroks, and, possibly my favorite, the bird-like Rito. When coming up with the beings who inhabited the land of Tordale in The Legend of Light, I wanted creatures that you would only find in the pages of my story. Don’t expect Elves, Dwarves, Ogres, or dire wolves to appear in The Legend of Light; expect beings and monsters you’ve never seen before. 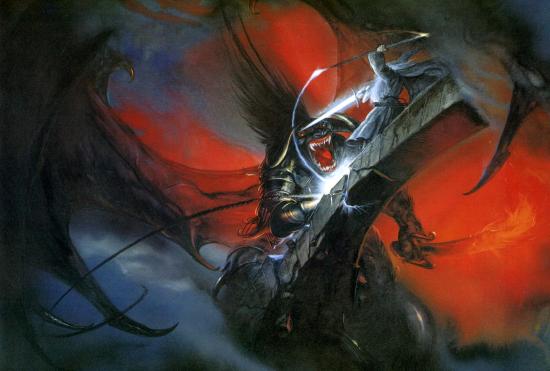 I can’t simply list The Hobbit and The Lord of the Rings here, because those novels and their respective adaptations are just portions of the sprawling history behind the Middle-earth universe that has always fascinated me. I find The Silmarillion to be just as entertaining a read as any prose literature. It’s almost assumed that anyone who enjoys high fantasy will gush about Middle-earth at some point, but it’s deserved, because J.R.R. Tolkien’s world has had more impact on the genre than any other franchise. Tolkien’s peerless world building had the kind of detail and depth that I can only dream of someday approaching. There is background to practically every last region and species in Middle-earth. The history that he created to serve as the premise behind The Hobbit and The Lord of the Rings is a mythology in its own. When I’m slowly piecing together the details of a world where one of my stories takes place, I do so because Tolkien’s work showed me the importance of background. 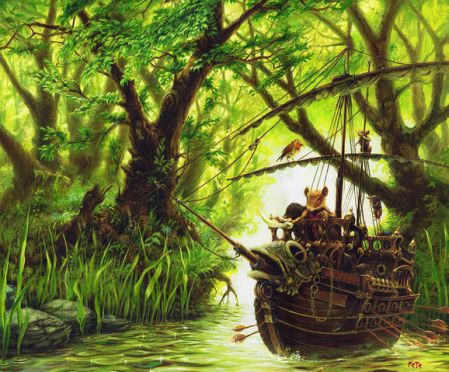 Although I started writing stories as early as seven years old, I didn’t truly enjoy reading until I was about 11, and I largely have the Redwall series to thank for that. Brian Jacques’ anthropomorphic, low-fi fantasy world of Mossflower Country was the first series of books that captured my imagination. There is such a warm, charming tone to this medieval setting inhabited by mice, squirrels, otters, badgers, birds, all manner of vermin, and enormous predators. Some of the earliest short stories that I wrote were about a group of sled dogs that I anthropomorphized, to a degree. No doubt, my methods to writing an intelligent, speaking character that, at its core, is an animal came from my experiences with Redwall. Any time I anthropomorphize a creature (which is a trend in my writing), I use Redwall as some perspective, including the bear-like Baroso, and especially the badger-like Bachus in The Legend of Light. I feel like the Bachus could fit right in with the world of Redwall; I specifically wrote them in a very folksy fashion that Brian Jacques often wrote his characters with. Lots of off-the-wall expressions and euphemisms coming from these guys. I also developed an appreciation for the way that Jacques went into remarkable detail describing food in the Redwall books. Sometimes, he did it to the point of excessive, but anyone who has read the series has to admit that their mouth watered imagining some of those multi-course meals that are described. They sounded more appetizing than most restaurant menus! Although I don’t possess quite the same culinary knowledge and vocabulary that Jacques did, I try my best to describe tasty-sounding morsels in my stories, especially those that are high fantasy.

4. The Chronicles of Narnia

Owing to my love of humanizing non-human characters is also The Chronicles of Narnia. Where Redwall assigned human traits like bipedal movement and tool-usage to its character, the animals in Narnia are largely in their wild forms, but simply with the ability to speak and think. That’s the kind of anthropomorphizing I’m more likely to engage in, as I most enjoy it when the animal in question maintains their feral attributes while being made intelligent. The sheer army of different species that populate the land of Narnia meant that you were always seeing a diverse array of creatures and beings, many of which had their own cultures, backgrounds, and behaviors. C.S. Lewis wrote Narnia to include many allegories to the Christian faith, which, if I do truly ascribe to any spiritual faith, it’s that one. Although my own work does not contain metaphors or themes that are deliberately Christian-related, I build many of my worlds to contain a spiritual element that I hope a person of any faith could identify with, and respect.

Shannara is the only series listed here that I wasn’t introduced to in my youth. I only started reading the Shannara books when I was nearly finished with college. Because of that recent experience, many of Shannara’s influences tend to shine through in my writing and my storytelling than most others. Author Terry Brooks showed me that high fantasy can be just as effective in a standalone novel as it can in a multi-book series (especially thanks to The Elfstones of Shannara, one of my favorite books of all time). Although I recognize that many stories necessitate a trilogy, quadrilogy, etc. I see a certain charm in a cohesive story that begins and ends between just two covers. There’s something satisfying about having the whole story told in one shot. I definitely don’t plan to write trilogies like The Legend of Light for the rest of my life, so I’ll be penning plenty of standalone novels in my lifetime.

Similar to The Legend of Zelda, I’m also very fond of Shannara for its success at seamlessly tossing in hints of advanced technology to its magical, medieval-inspired world. It all makes sense given that the Four Lands are, essentially, a post-apocalyptic earth where magic was rediscovered after the world got a giant reboot. Brooks didn’t stick to the cliché that high fantasy must never be more advanced beyond stone castles and horse-pulled carriages, which I always want to avoid in trying to make my worlds stand out from the rest of the pack. Shannara’s mix of science, magic, nature, and technology is the kind of diversity I want in my adventure fiction.