There’s a lot that I’m excited for in 2017. I mean, a lot. The number of movies, video games, books, tv shows and other entertaining things releasing this year that have me amped are numerous enough to fill two or three of these “Most Anticipated” lists that I do every year. This was definitely the most difficult one to put together, because every category had more than a couple of different contenders for what I’m most looking forward to. It’s going to be a wild year! 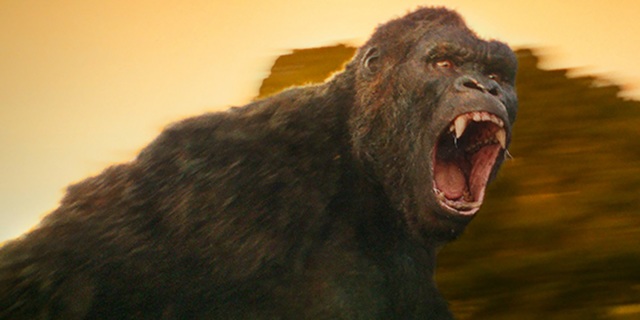 I still get chills during the end of that newest trailer when Kong beats his chest in tandem with the drums in the background. Thus far, the promotional material we’ve seen of this flick has been phenomenal. The comic con trailer was suitably austere, while the most recent ratcheted up the action and showed off a bunch of different creatures that inhabit the legendary Skull Island. I’ve watched King Kong for just as long as I have Godzilla, so the 8th Wonder of the World has a special place in my heart.

MOST ANTICIPATED NOVEL — BEREN AND LUTHIEN

The Silmarillion provides all sorts of captivating narratives and accounts from centuries across Middle Earth, and one of the very best is the story of the man Beren, and the Elf maiden Luthien. The two characters share a very similar relationship to what Aragorn and Arwen experienced in The Lord of the Rings, although it comes with far more strife, as its set right in the middle of the epochal War of Wrath and sees both characters have some dreadful encounters with Morgoth and his minions. Considering that The Silmarillion, for all of its entertainment value, reads more as a textbook or historical account than it does a traditional novel, it’s going to be a much different read when the tale of Beren and Luthien’s tragic, yet beautiful romance is expanded into a full novel with prose language. It’s definitely amazing to know that we’ll finally be able to read the complete version of this story after it sat within J.R.R. Tolkien’s notes for decades.

It’s about time! I’ve been waiting for this sophomore season for years, which included enduring a gut-wrenching delay not too long ago. I looked up a handful of details a while back about this upcoming arc, which has already been published in the manga for a little while now, but I was careful not to spoil enough that my litany of questions after season one are anywhere near answered. There’s still so much I want to know, especially what’s up with all these different titan forms we’re about to see, and why so many are fighting one another. This new season also guarantees that I’ll have another round of heart pounding music to throw on my iPod later this year!

MOST ANTICIPATED COMIC — THE LEGEND OF KORRA: TURF WARS 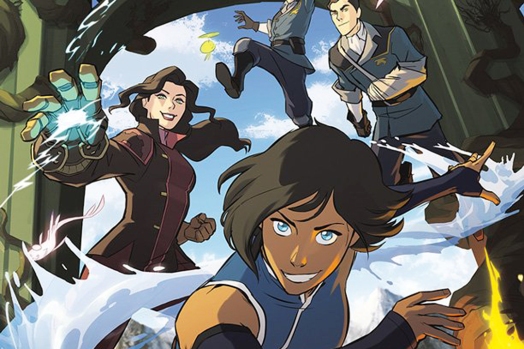 Like any fanboy or fangirl of the show, I’ve wanted to see more adventures of Korra and the gang ever since finishing the last episode, which left all kinds of possibilities on the table for future stories. Most prominent is the romantic relationship that Korra and Asami developed, which didn’t get anywhere near enough time to flesh out throughout the fourth season thanks to Nickelodeon darn near sabotaging the show. With a new run of graphic novels by Dark Horse Comics, who have had a terrific track record with the Avatar: The Last Airbender comics, we can finally see new story arcs like Korrasami get their proper exploration and not be hindered by ignorant executives.

MOST ANTICIPATED VIDEO GAME — THE LEGEND OF ZELDA: BREATH OF THE WILD

I’ve had this same pick every year since I started this little tradition. To say the least, I’m ready for this game to finally get released so that I can hold it in my hands, and then play it until 2018. Granted, Nintendo is more than capable of smacking you in the face with a delay when you least expect it, as evidenced by this one alone, but I have faith that 2017 is the year that we get to experience the biggest adventure in the Zelda series thus far. We at least have a title, now, and since the start of 2016, we’ve gotten some incredible footage and demos that have showcased just how enormous and how detailed Hyrule is this time around. Between the rich in-game world and the open-ended game mechanics, everything is shaping up for Breath of the Wild to be among Nintendo’s greatest games ever.

I unfortunately did not get to attend any of the games in 2011 when my hometown of Buffalo, New York hosted the World Juniors, so I’m definitely going to try everything I can to be in attendance for at least one Team USA game this time. Obviously, I’d love nothing more than for that game to be the outdoor contest held at New Era Field, where Team USA will take on Team Canada in what’s sure to be a sheer spectacle inside our football stadium. If I have it my way, I’ll also try to earn a press pass for some of the games and cover them with the media, as I do occasionally for the Buffalo Sabres. International sporting events have a very special meaning to me; I think it’s amazing to see people and nations from all around the world come together to compete for pride and with honor. The World Juniors, in particular, always provides exciting action. These kids play their absolute hearts out, and that’s something you have to admire no matter what country you hail from.